What a Wonderful Life!

It has, once again, been way too long since my last blog post. That was back in June, and it's already almost October! Holy crap!

While we had a bit of a break from "major events" for a while, these past few months have been quite insane to say the very least. Since my last post, Patrick has been travelling so much that neither of us knows where he is half of the time. Beginning in May, he has been to Florida, Oklahoma, Nevada (2x), Ohio (3x), California (2x and far enough away that he was staying in the city he was working in), Missouri, Canada, Washington, and California (different city and, again, far enough away). Each of these stays was anywhere from 3-5 days long, with a day tacked on each end of the trip for travel, so we haven't seen a whole lot of each other, especially during the last four weeks! Making it work has been difficult, but we're both very careful to make our time together count when he is home. Thankfully his travel schedule is slowing down now and I have been able to go with him on those trips that are within driving distance. He has three more trips scheduled for the next few months, and I get to go on two of those (Vegas and Reno, here we come!) and right now we are in Sacramento, making his trip into a long weekend for us so that we can spend some quality time together.

During that time we also moved! I'm so excited to say that we have moved to a place close enough to all of our friends that driving to see one another is not a big ordeal, plus we can still make Rocky shows. The biggest hook for us was that we will be saving quite a bit in rent. The place that we moved out of is now renting for anywhere between $2,700-$3,700 per month now that it's updated. We're incredibly lucky to have found a place that we're both really pleased with. We're saving on rent, our apartment is a billion (yes, A BILLION) times better than our old one, the city is much more navigable for me, and we're just down the street from a couple of our friends in case of an emergency. Oh, and there are at least seven kitties that just hang out in the apartment complex at all times. They're part of my clan. We're starting an army. 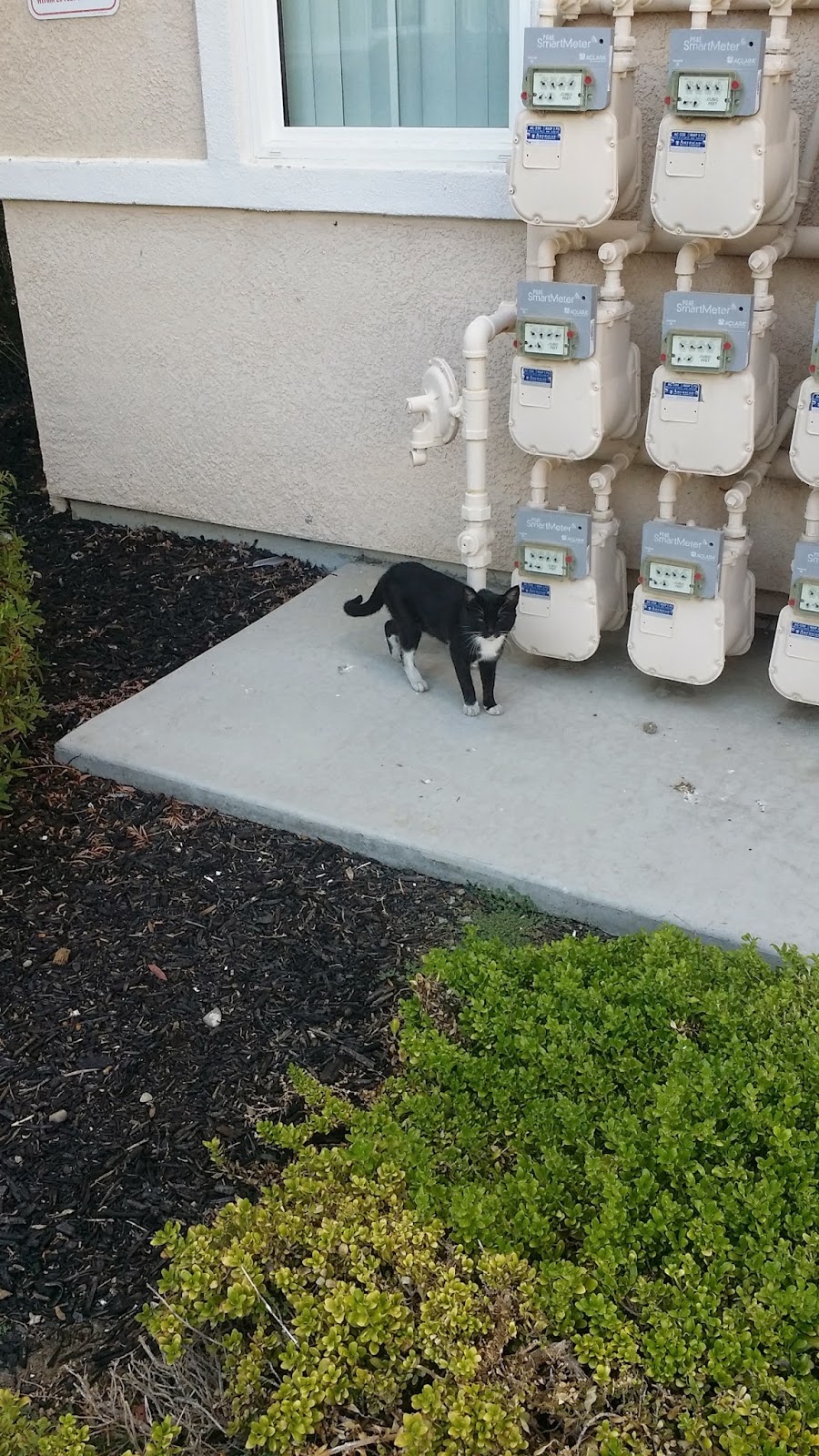 This is Oreo. There is also Stumpy, Tom, Scooter, and a couple of others that I've named but haven't seen in a while. We're best friends. 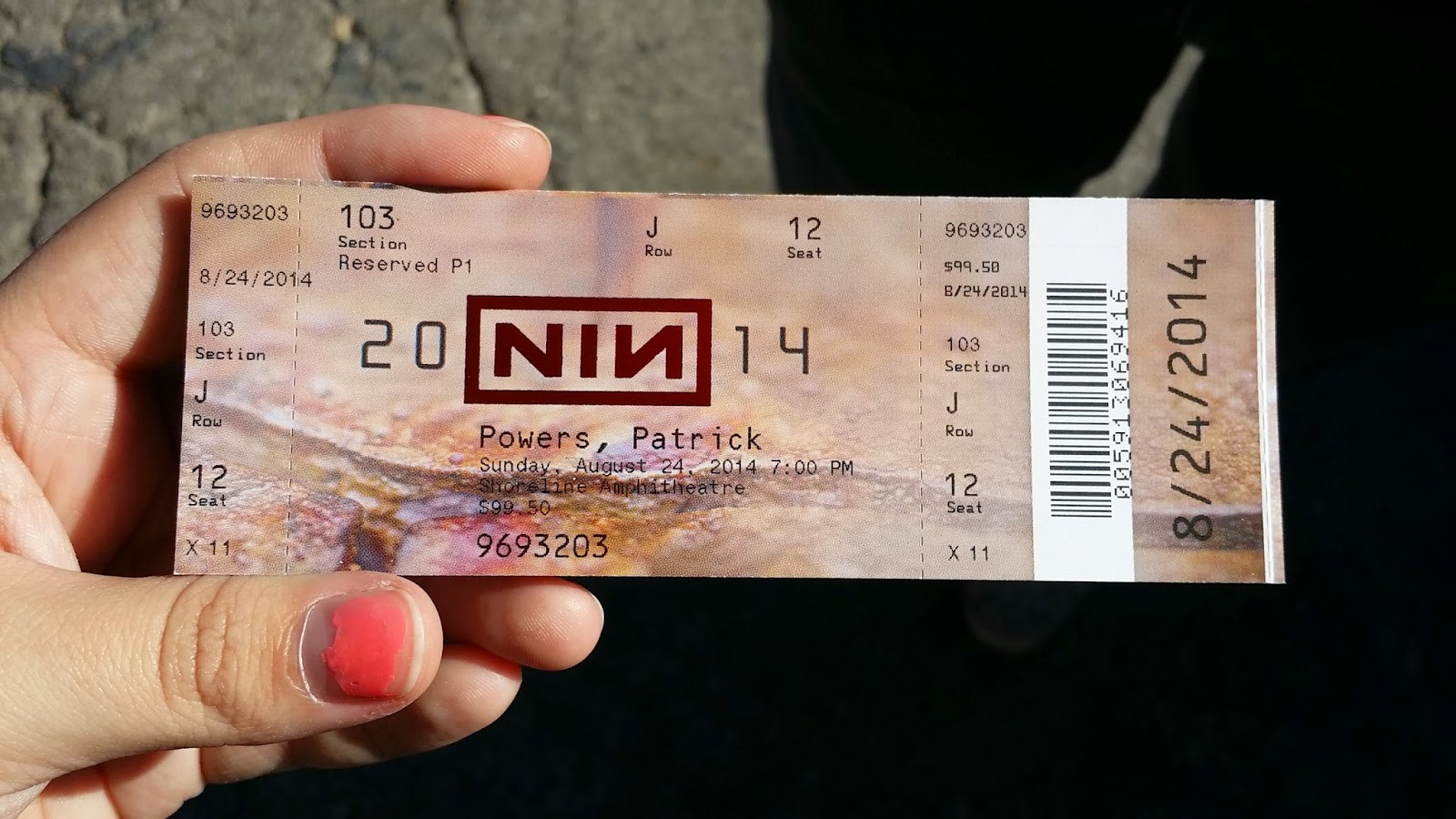 We were also able to attend a Nine Inch Nails concert together, which was fantastic!

For someone who is used to a very grid-like city, with each main road one mile apart from the next and probably 90% of them are straight road with little to no curve, moving to a city where almost no roads run only N&S or E&W is really unnerving, especially if you're like me and tend to panic when you turn the wrong way or don't know where you're going. Unfortunately, that is exactly how our last city was. This panic stems directly from getting lost in Detroit alone, at night, with no GPS signal, gas tank on E, and no one answering their phone. I know the things that could have happened there are much less likely to happen here, but when you get lost in Detroit under those circumstances you know to just keep driving until you find the freeway or risk a very dangerous situation (and I'm taking about a really bad area, one that even Detroit natives tend to avoid). Our new city is much more like what I'm used to! It's fantastic to move to a city where there are grid-like roads and the traffic isn't so bad that you have to worry about being able to get off or back on a road in order to check a map or make a phone call. I'm super relieved that I feel like I can drive myself around again!

In summary, I'm finding our new town to be superb and I am super pleased that we chose to move where we are.

Other fantastic news: Our friends Brook & Mandy welcomed their first baby, Harlow, to the world. He is so handsome and sweet and I'm super happy for the both of them. In addition, our friends James & Aimee welcomed their first baby, Tesla, just a few weeks later! We have yet to meet her, but we are excited to do so! We also have a Disney trip planned for November and we have quite a few Rocky Horror shows planned for October, so we have a busy couple of months coming up! 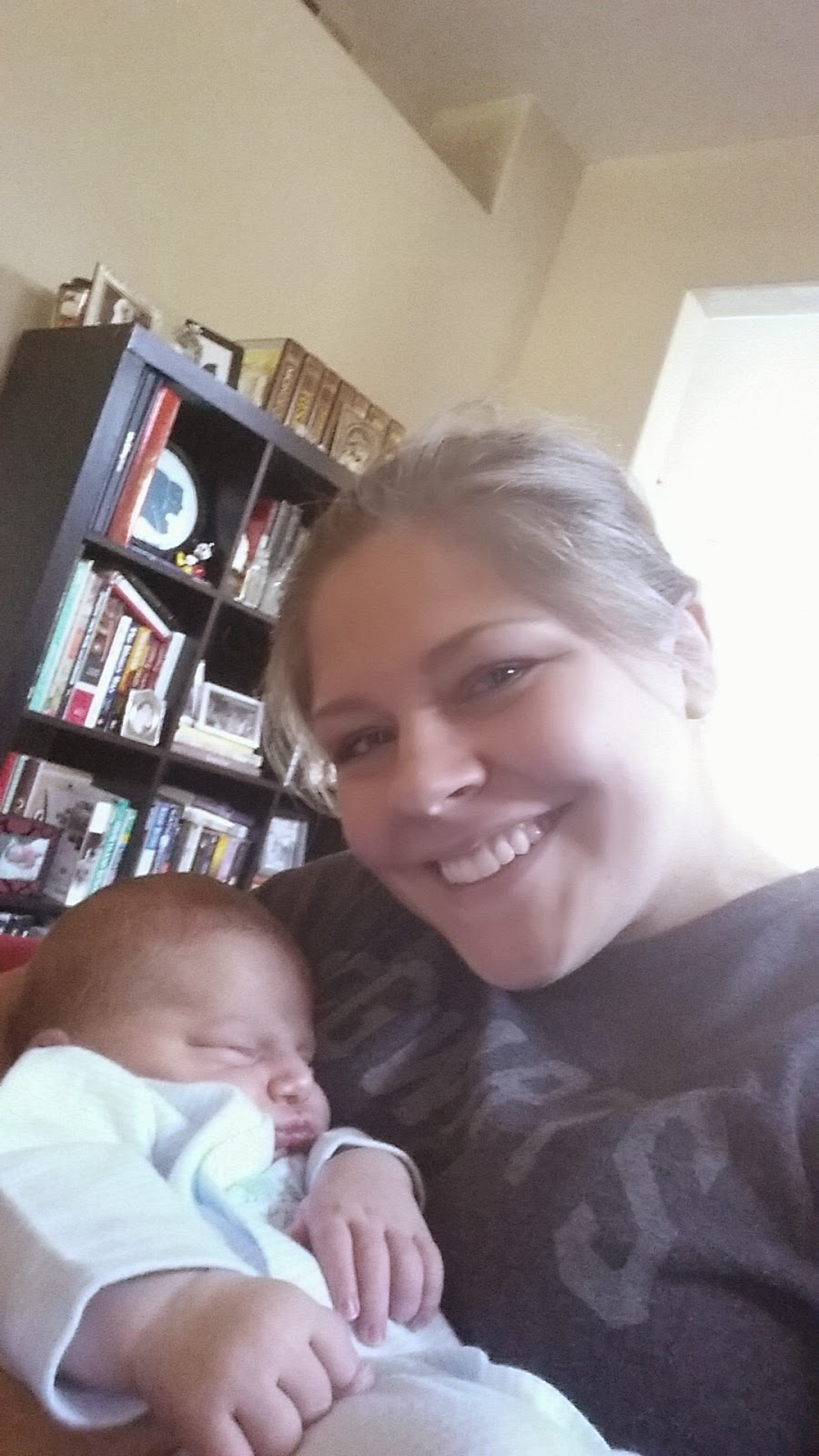 Welcome, Harlow! Pleased to meet you :)

Wedding planning is full speed ahead. So far I've gotten my dress, my girls have their dresses picked out, Patrick has his tux picked out, the venue has been paid for, over 50% of the decorations have been crafted, the invites have been picked out, and we've chosen an officiant and a photographer! However, I am having a lot of trouble with our chosen caterer. My grandparents have been amazing and even with everything they have going on right now they are still offering to foot the catering bill. They suggested Joe's Produce to me, which I was all for. My family has shopped at Joe's for years and my grandmother (the other one) actually works there. However, the Catering Coordinator there is just awful with communication. It has been two months and I've emailed twice asking for an updated breakdown of our costs so that we can all budget accordingly, and apparently that is just too much for her to handle. I'm very disappointed and at this point, until I talk to my grandparents about it, I will probably not be going with their services. While I understand that wedding business is always busy, I intend to be a paying customer (and I would be happy to put a down payment on everything if that meant I would get some decent service!) and I am already disappointed to say the very least. Besides that, all that's left is dress alterations, bar services, all floral arrangements, and the rest of the decorations.

The downside to life right now is that my car is having troubles. Yes, that's right, Hercules is struggling. While I've always known that my car has slowly been falling apart, lately he has just given up. It seems that he won't start unless really coaxed to and it's especially difficult when it is either too hot or cold outside. The other day, I almost got stranded at Target. Even after a (probably unnecessary) jump start from Mall Security, he still wouldn't start. I spent more than an hour trying to get my car going before I decided to bother some friends when finally he started right up. Patrick was out of town, Brook and Mandy had only been home for a day with their new baby, and Delfino was at work, so I was really stressed out. Thankfully the car started, but I got offers for help from both Brook and Delfino, plus Brook ended up lending me her car for the week! (Thank you again so much for letting me borrow your car. You and Mandy are the best!)

Patrick and I believe it's a gas-related issue (hehe), and we're hoping that it won't be too much to fix, but with the mileage and age of my car we are really looking into other options because we know other parts will start to go soon, and it's just a matter of "how much will this be to fix and how long will the car last in the long run" versus "how much will it be to lease/pay off a new vehicle in the time that we will have been able to keep the current car." It's a really emotional thing for me because Hercules (and yes, he is a boy) is my first car. We've been through a lot together, including what could have been a very serious accident had it not been for the sturdiness of my car, and there was a long period of my life that I was basically living out of my car during the day because I did so much running around and either sleeping at home or at a friend's house at night. My car has been reliable and faithful to me and even took me and all of my belongings through eight states, but it's time to seriously consider the options at hand. As hard as it may be, the best option may be to move on. We shall see.

I'm currently posting this from our hotel room in Rancho Cordova from my brand new laptop (thanks, state taxes, for finally going through after getting lost the first time, and thanks to Patrick for blowing some of that money on me). We just spent a wonderful day in Sacramento on real date (complete with carriage ride and a nap!) and I'm reflecting on how incredibly wonderful life has been to me, even with its ups and downs. I'm a very thankful woman today :)

Please enjoy many photos of our first day in Sacramento-ish (we're a couple of miles away). I'll proabably have more to post later as we explore! 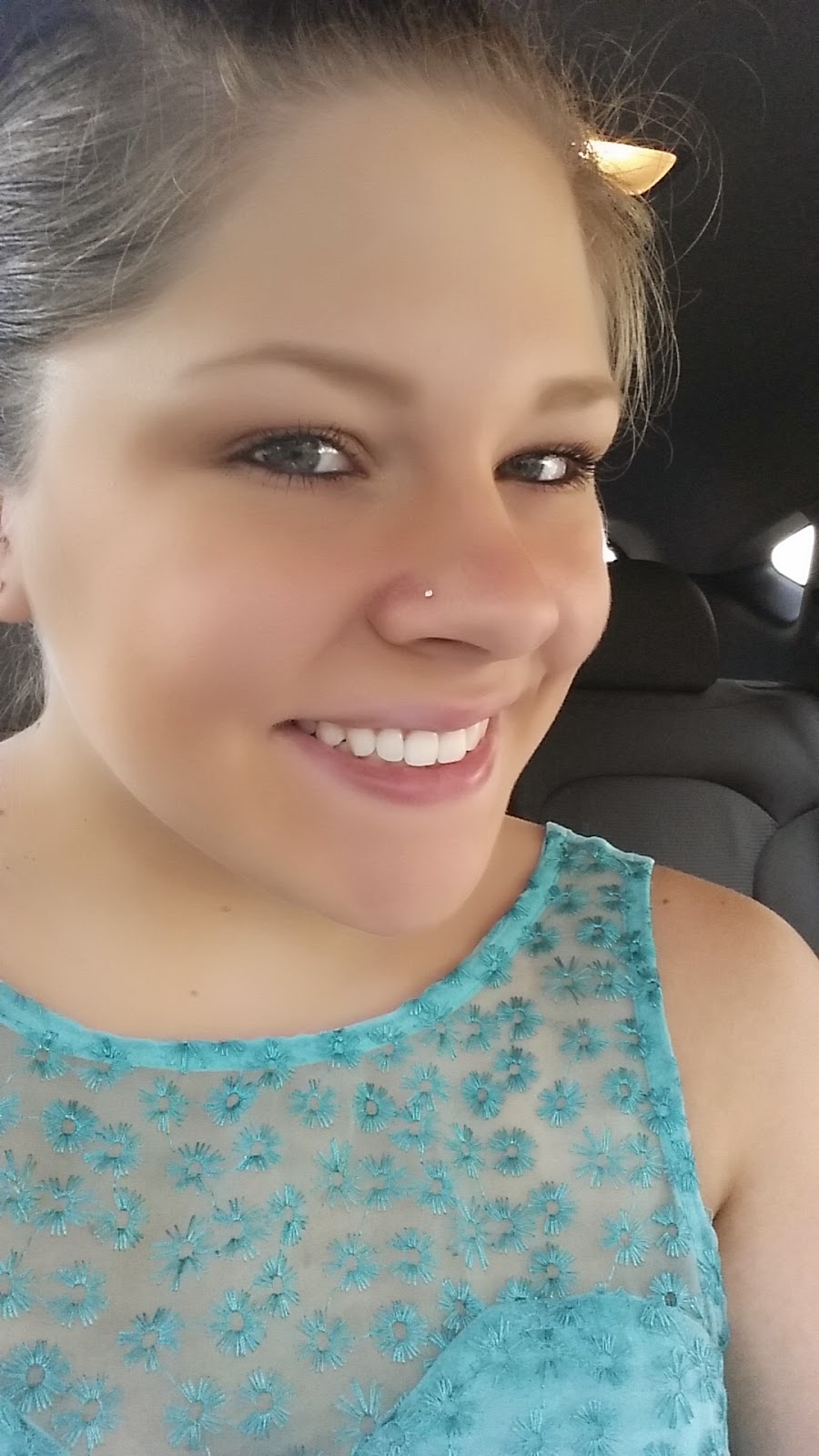 On our way from Rancho Cordova to Sacramento for our Date Day! But first, let me take a selfie. 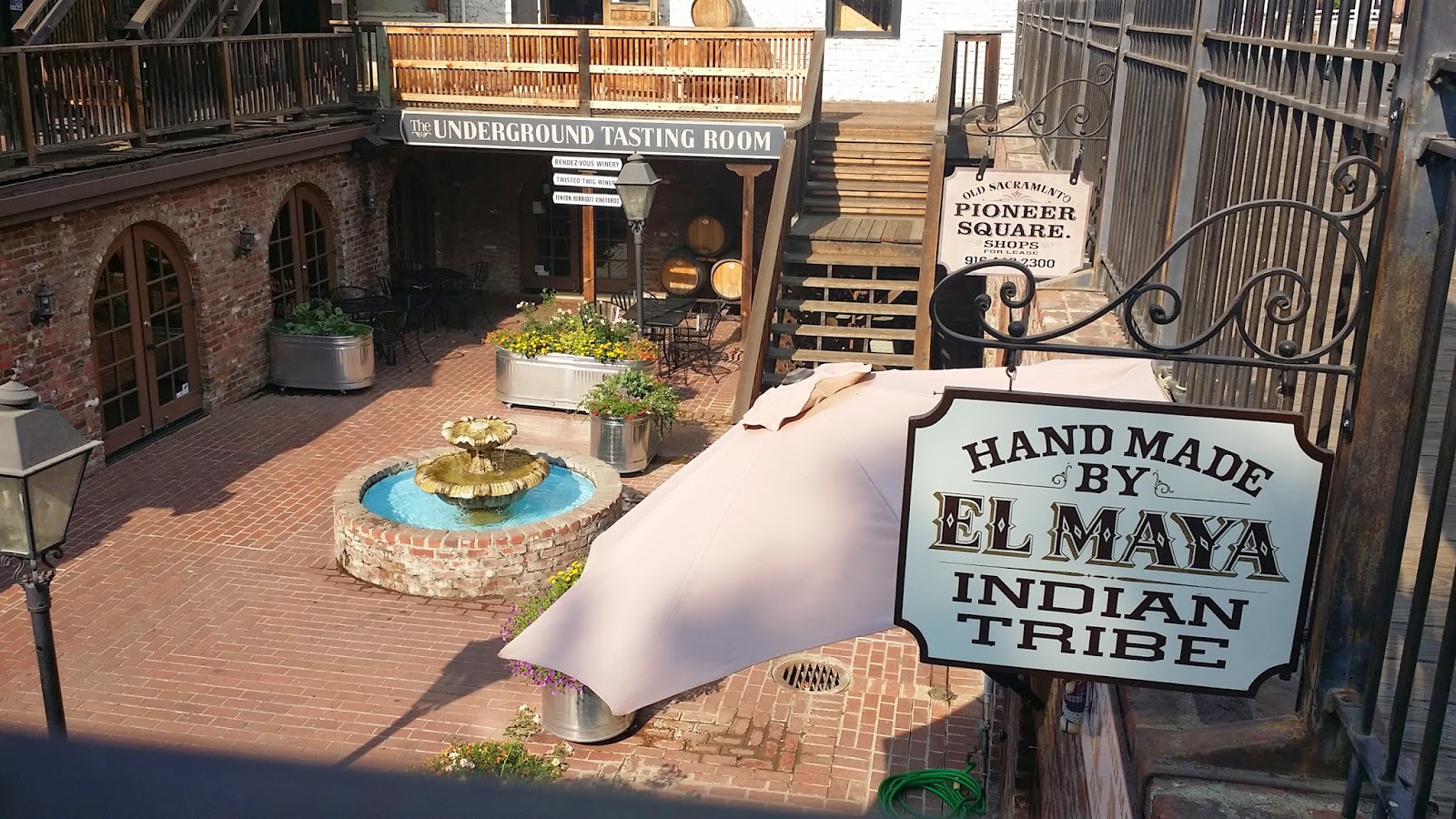 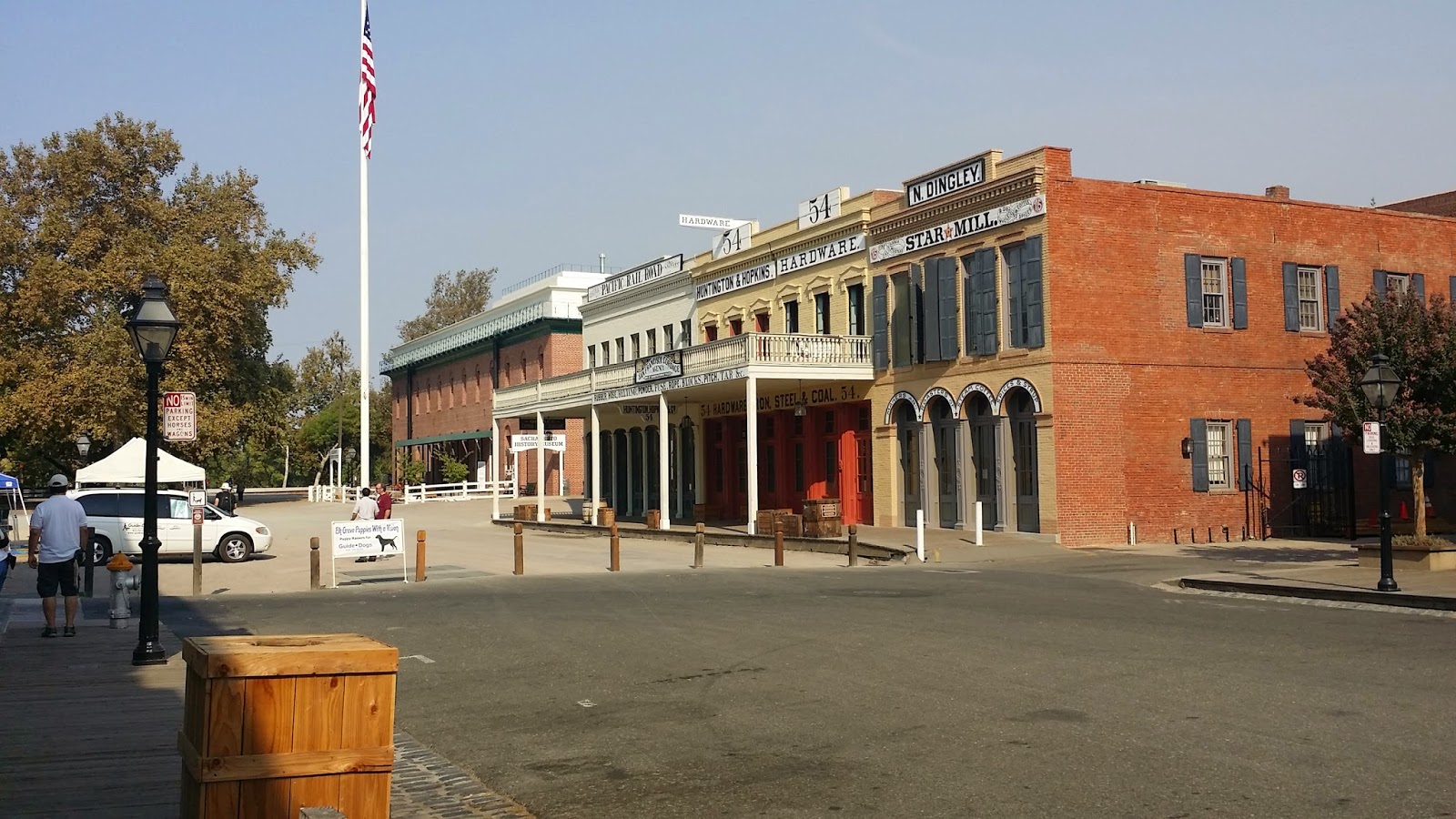 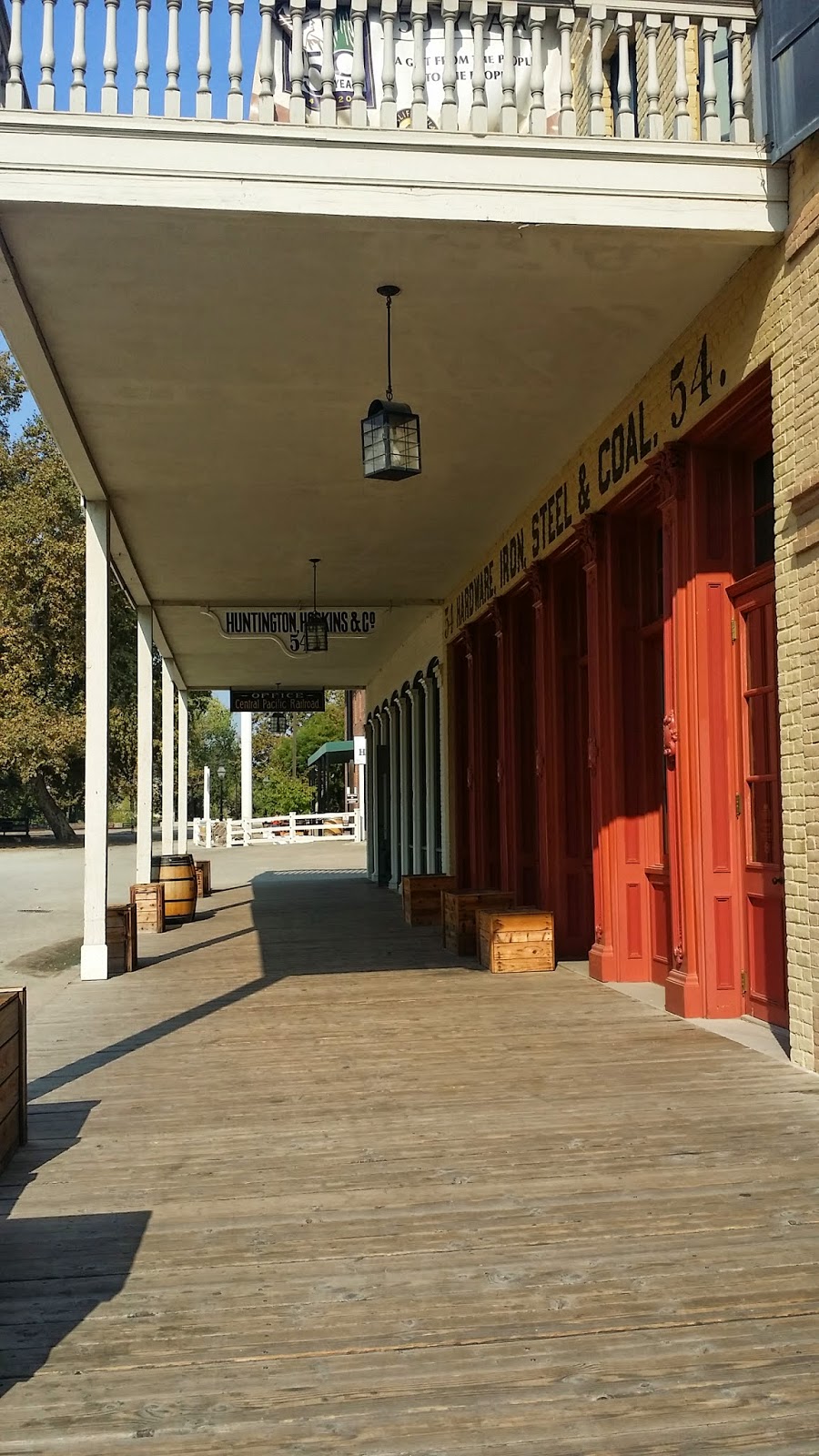 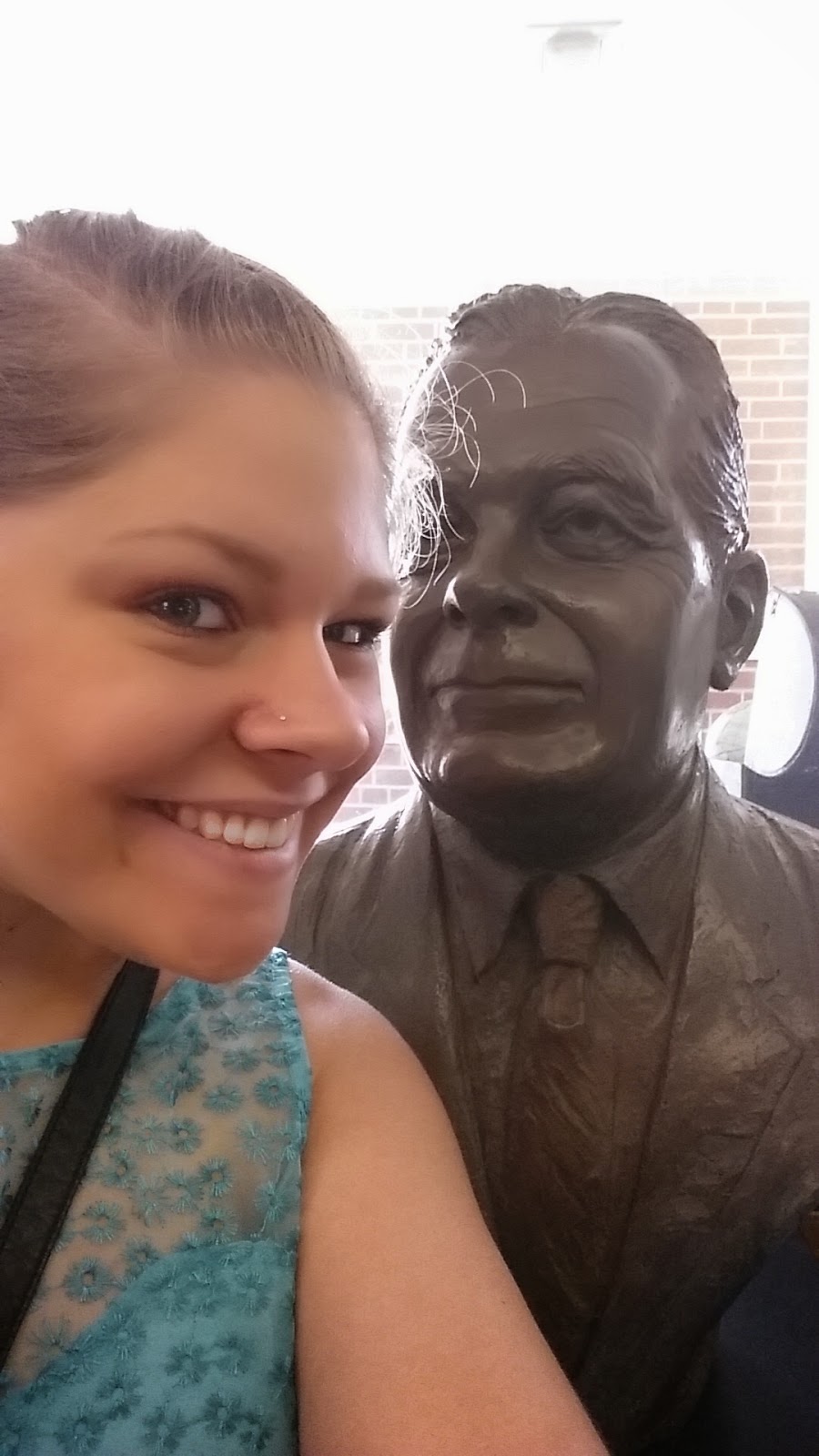 Selfie with this guy... Who is he? I have no idea. But a selfie with a bust of an old white guy is always a good idea. This was taken in some museum that we went into. I can only imagine it was called the Sacramento Museum or something. 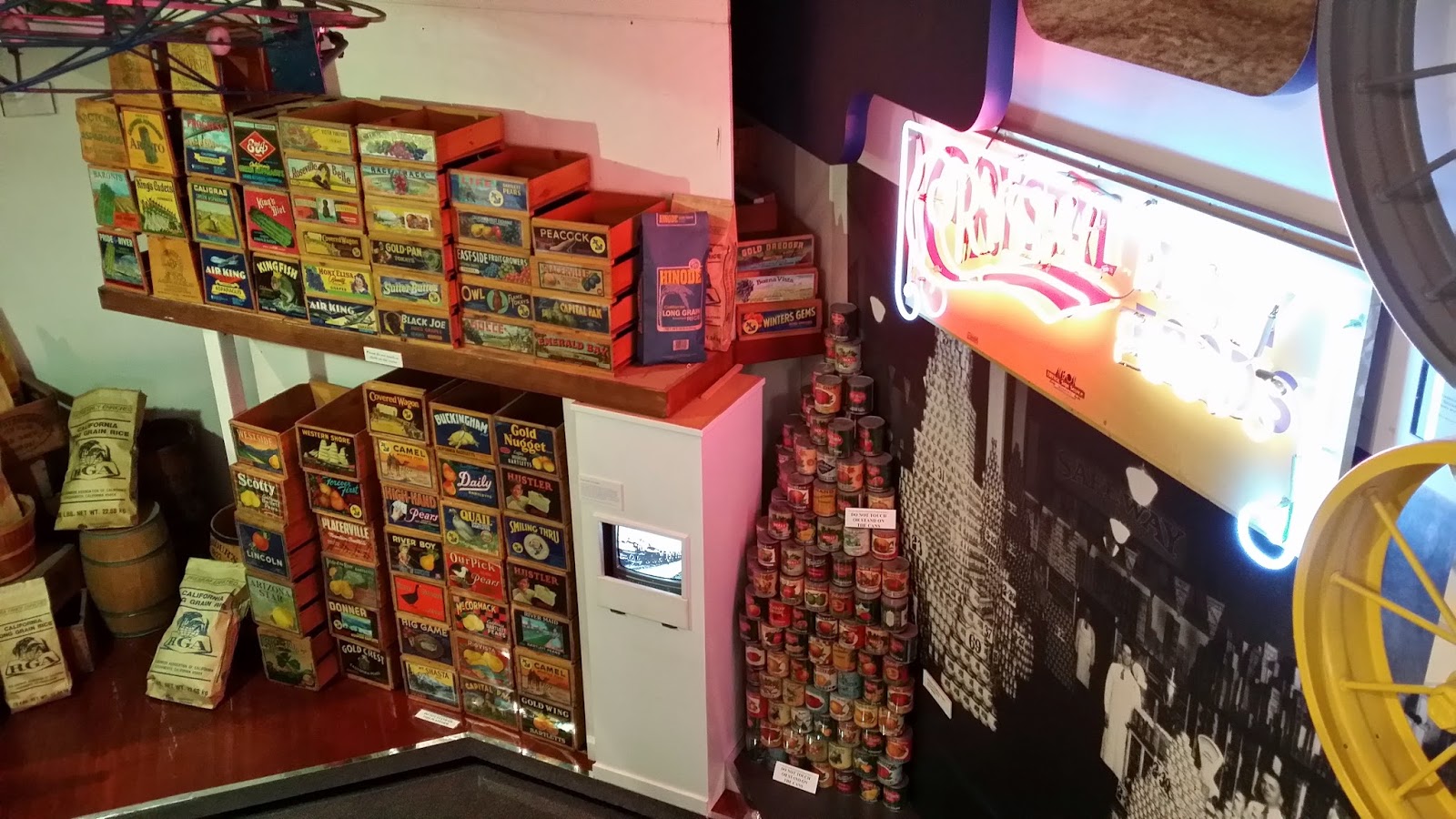 More museum goods! Honestly the whole thing was a little boring. Too much reading! Not nearly as rich as I'm used to (growing up withThe Henry Ford Museum must have spoiled me). 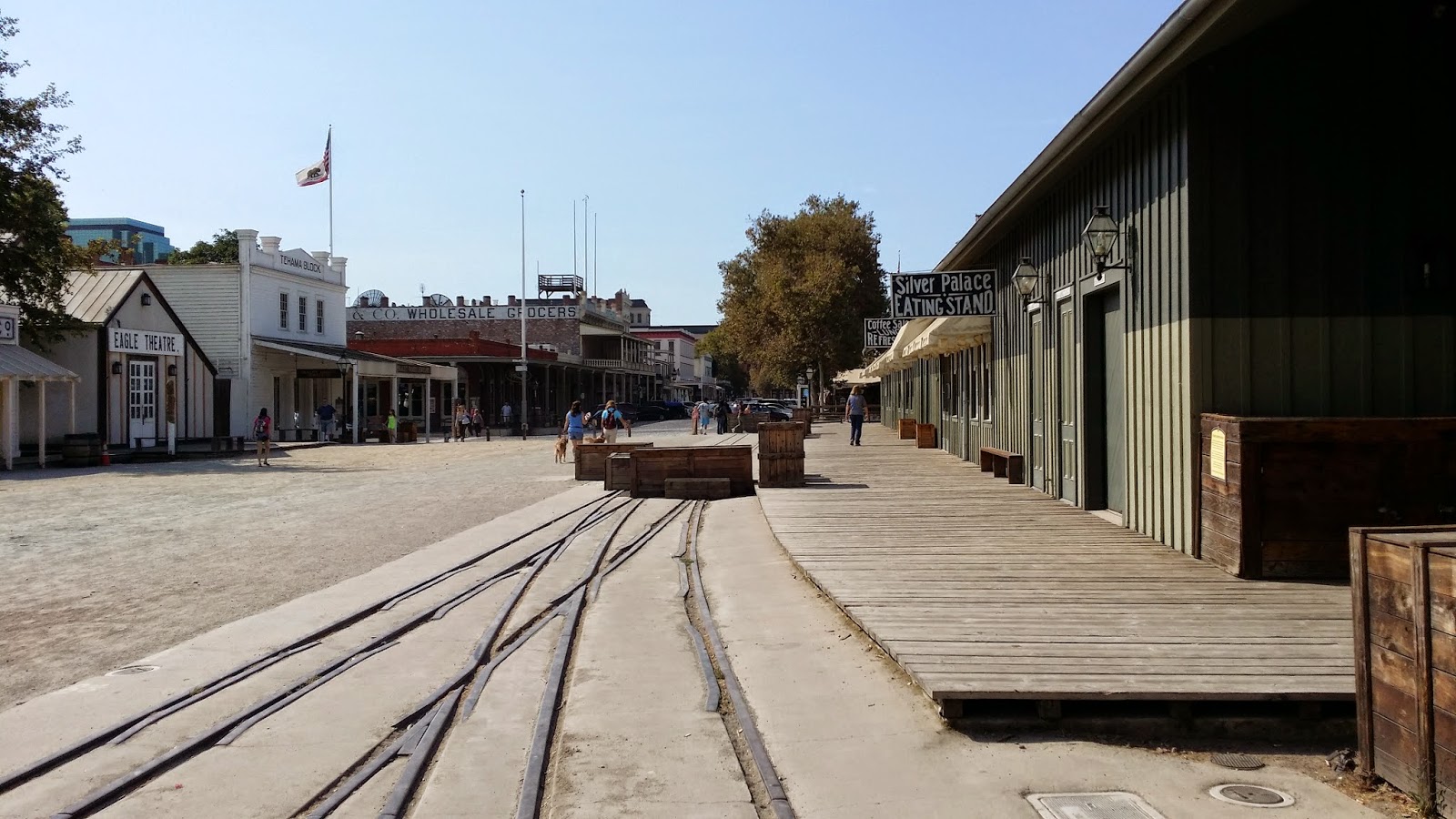 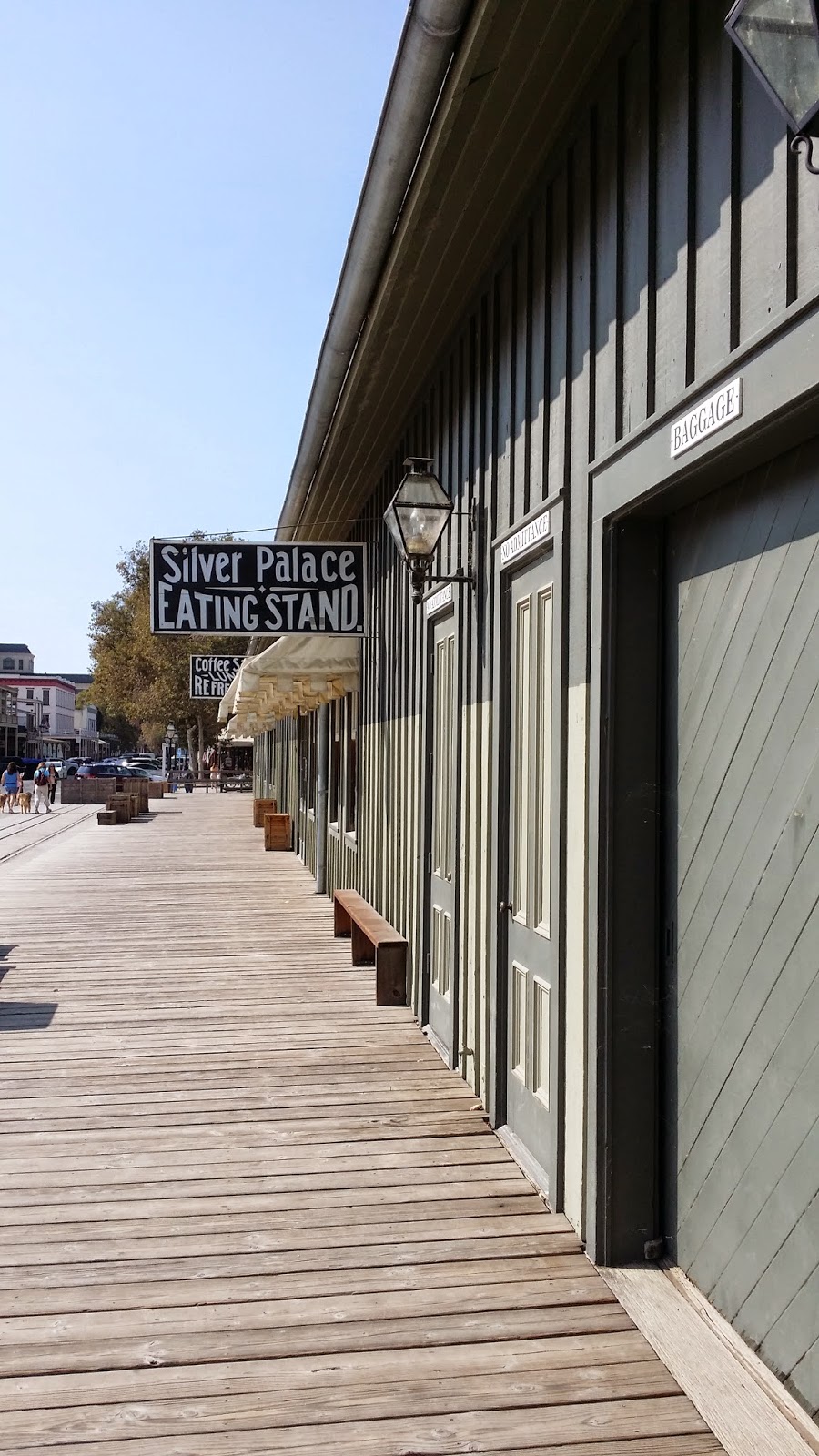 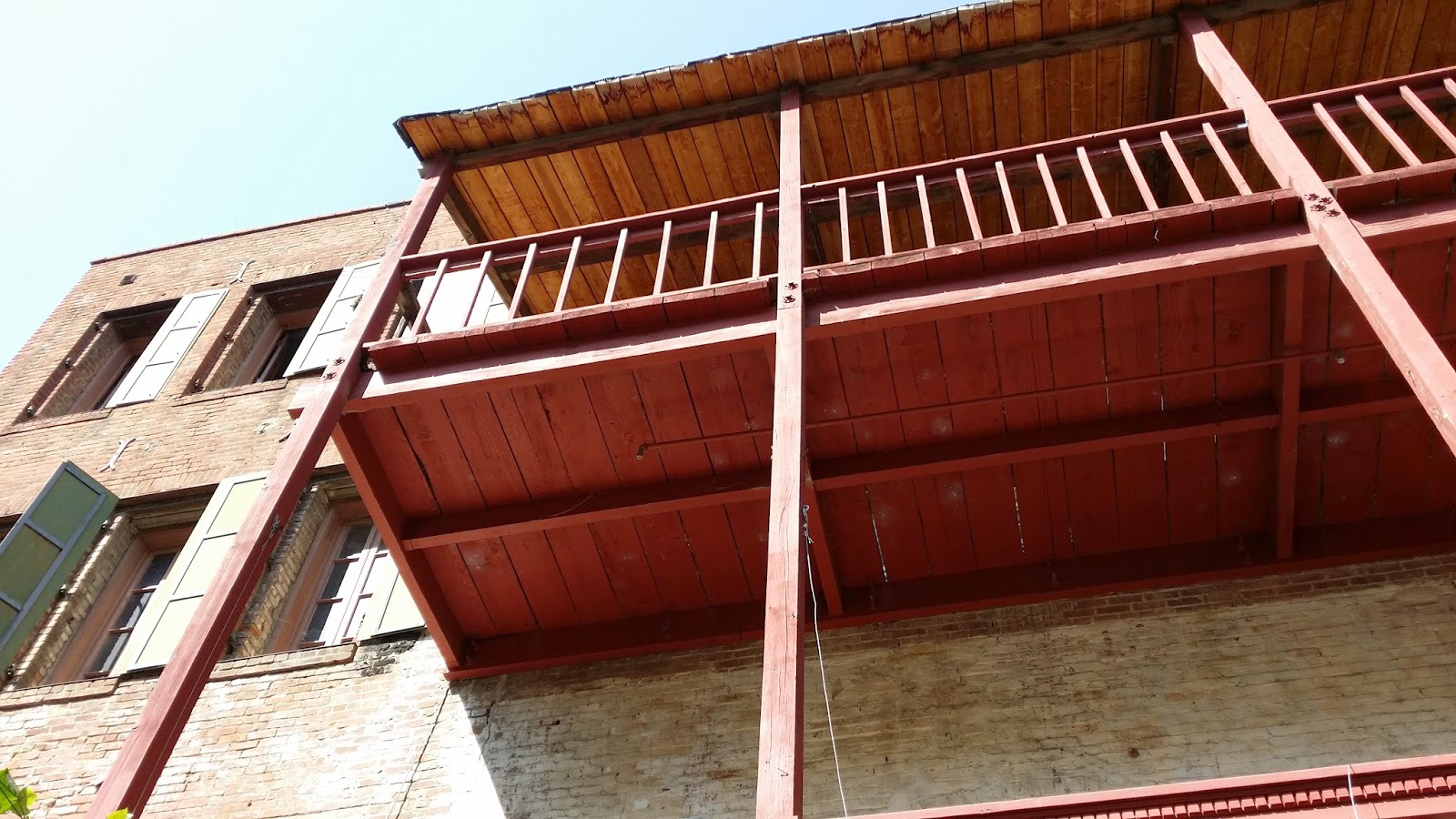 Our view during lunch! 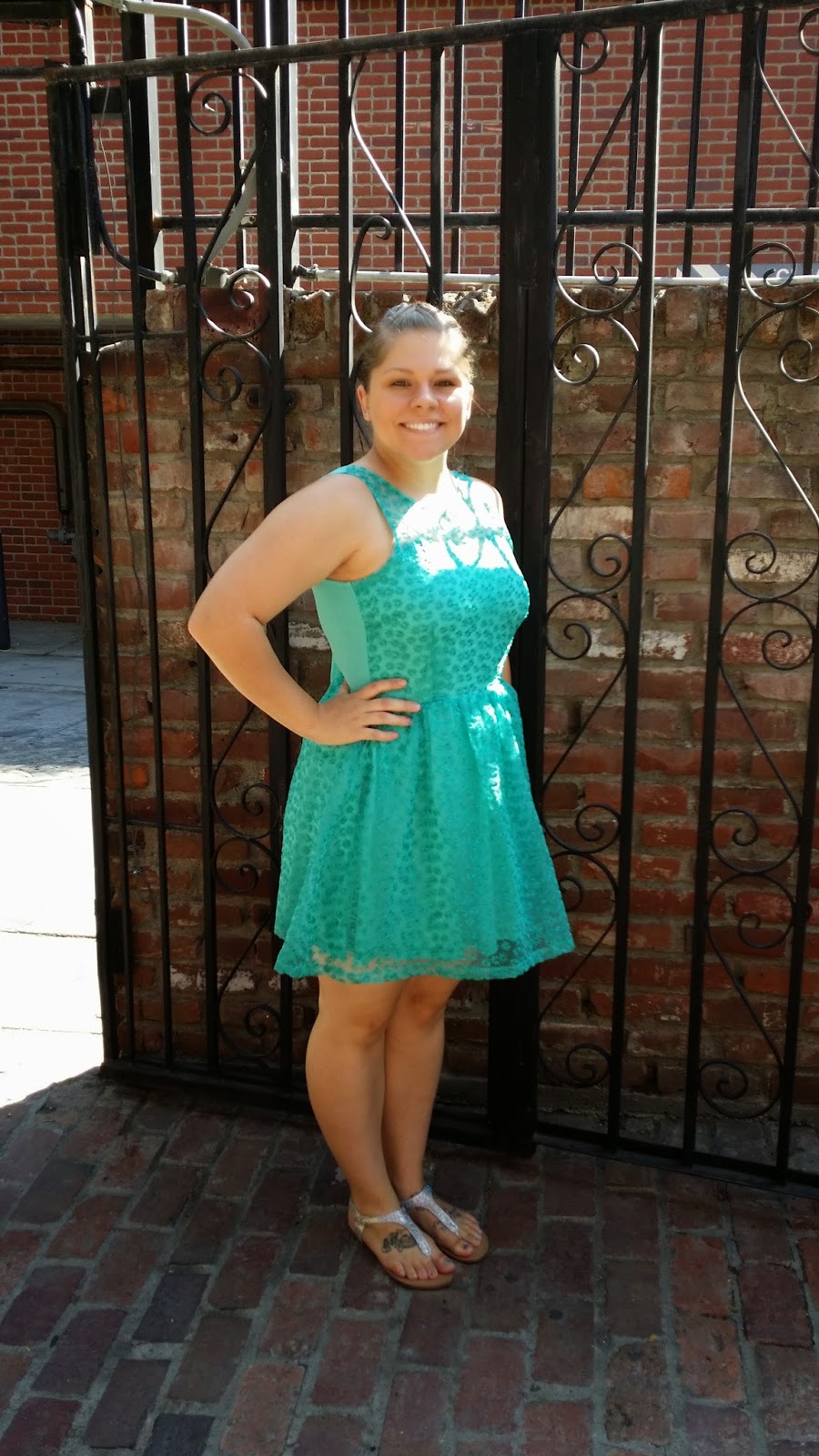 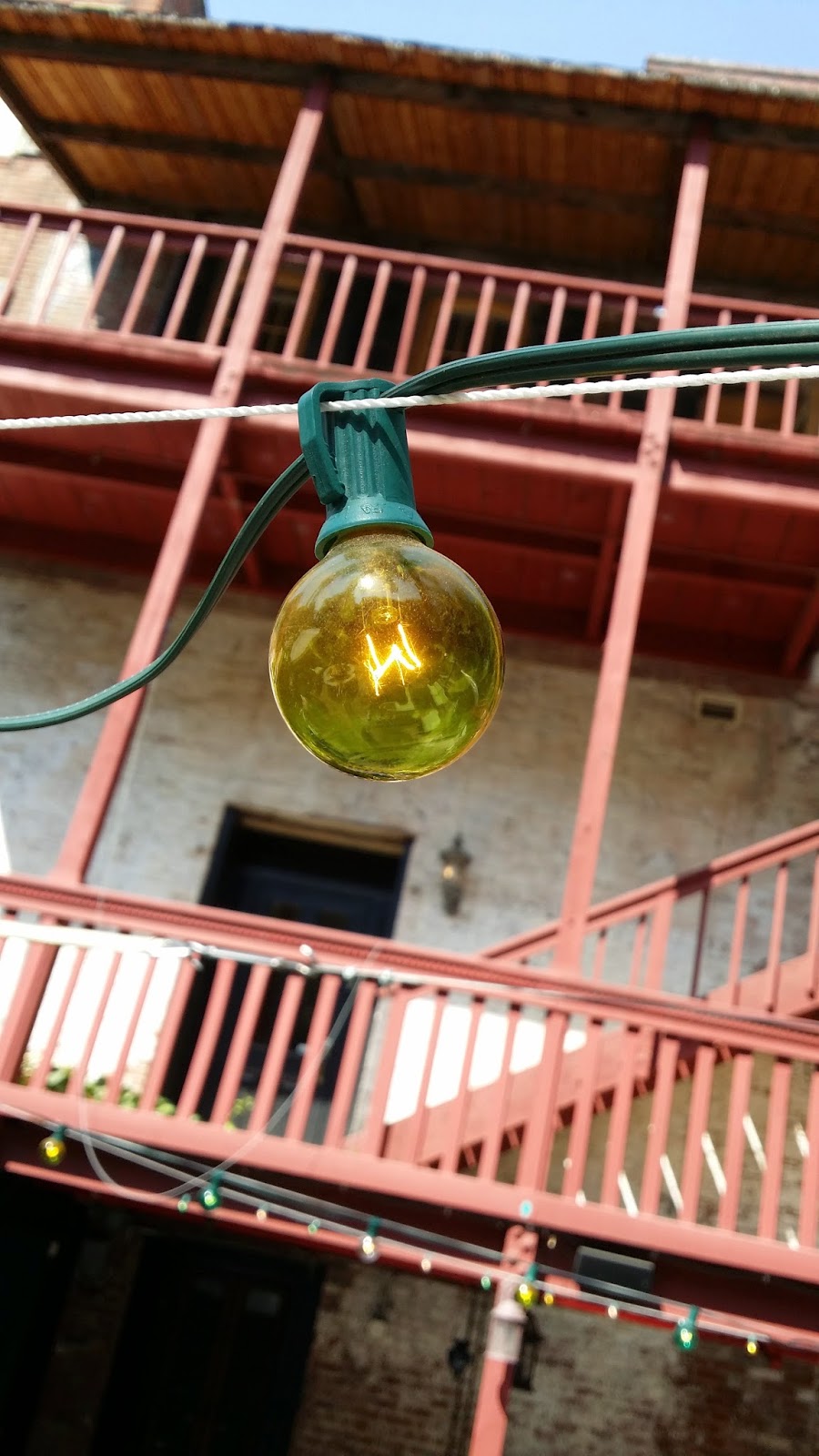 We had lunch at an adorable Chicago-Style Pizzeria. The patio was so cute and we had it all to ourselves-- in fact, we were the only customers there! 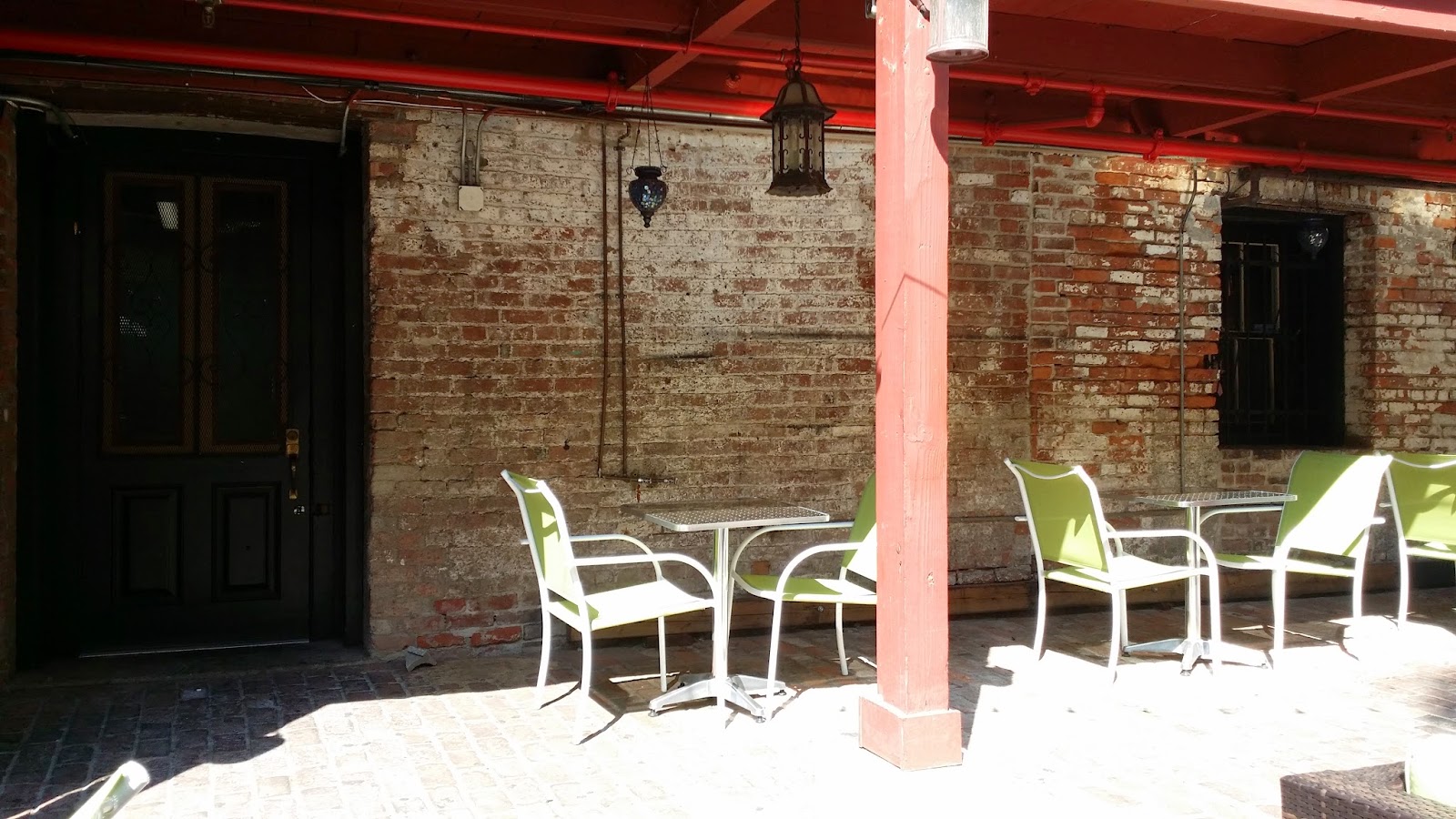 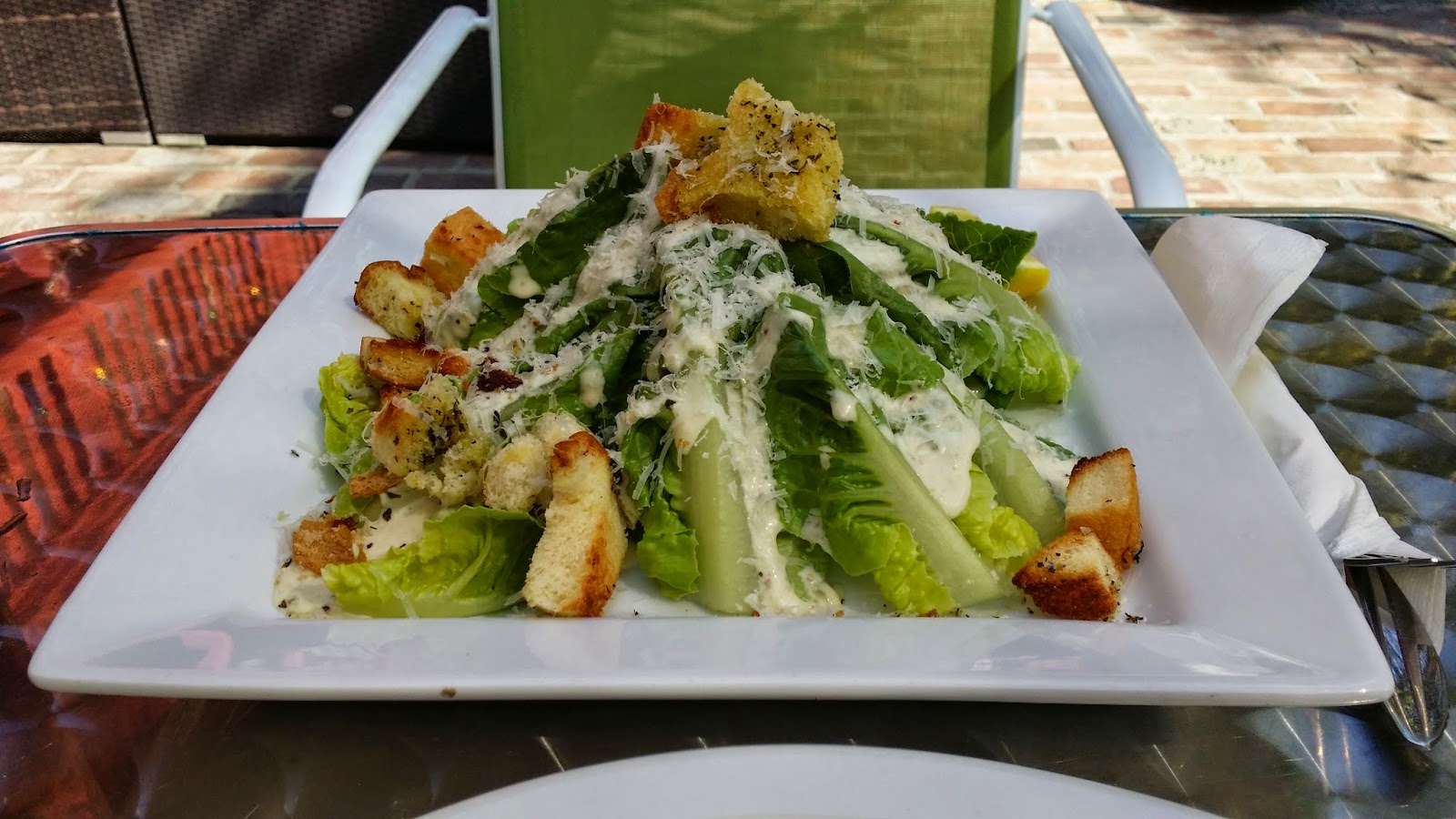 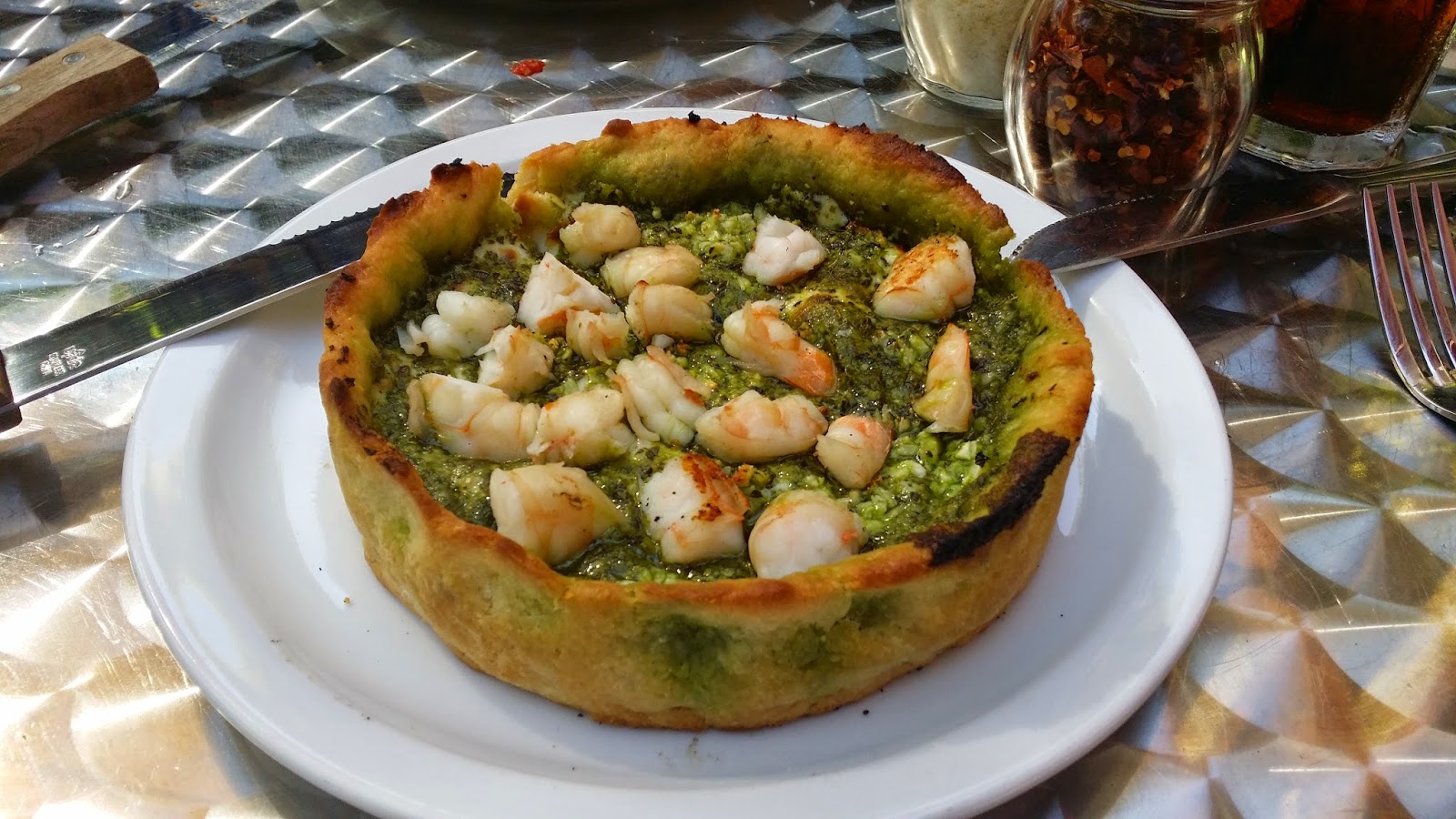 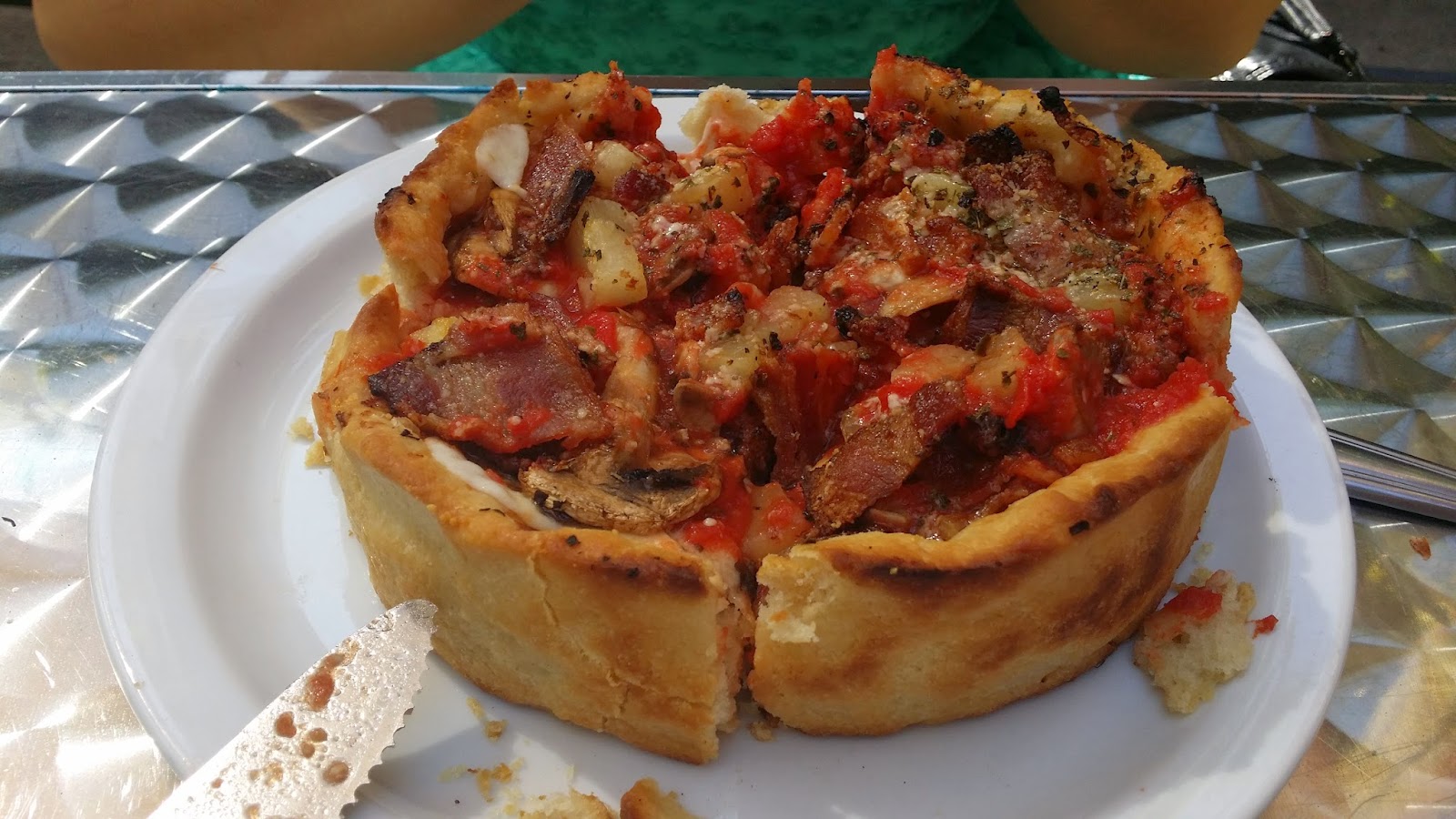 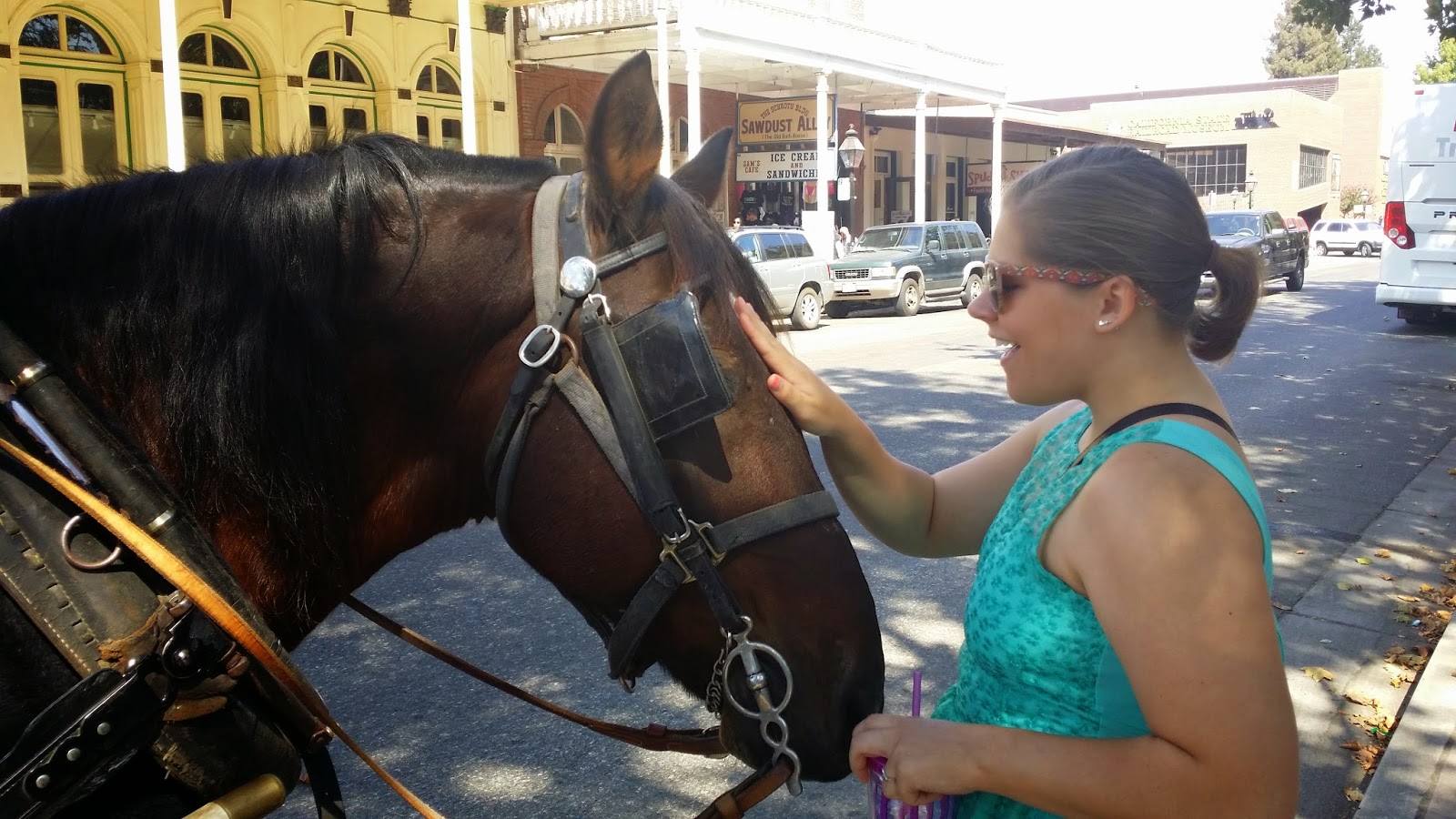 Patrick booked a carriage ride through the park for us. This is the first time I have ever been near a horse and he let me pet him! 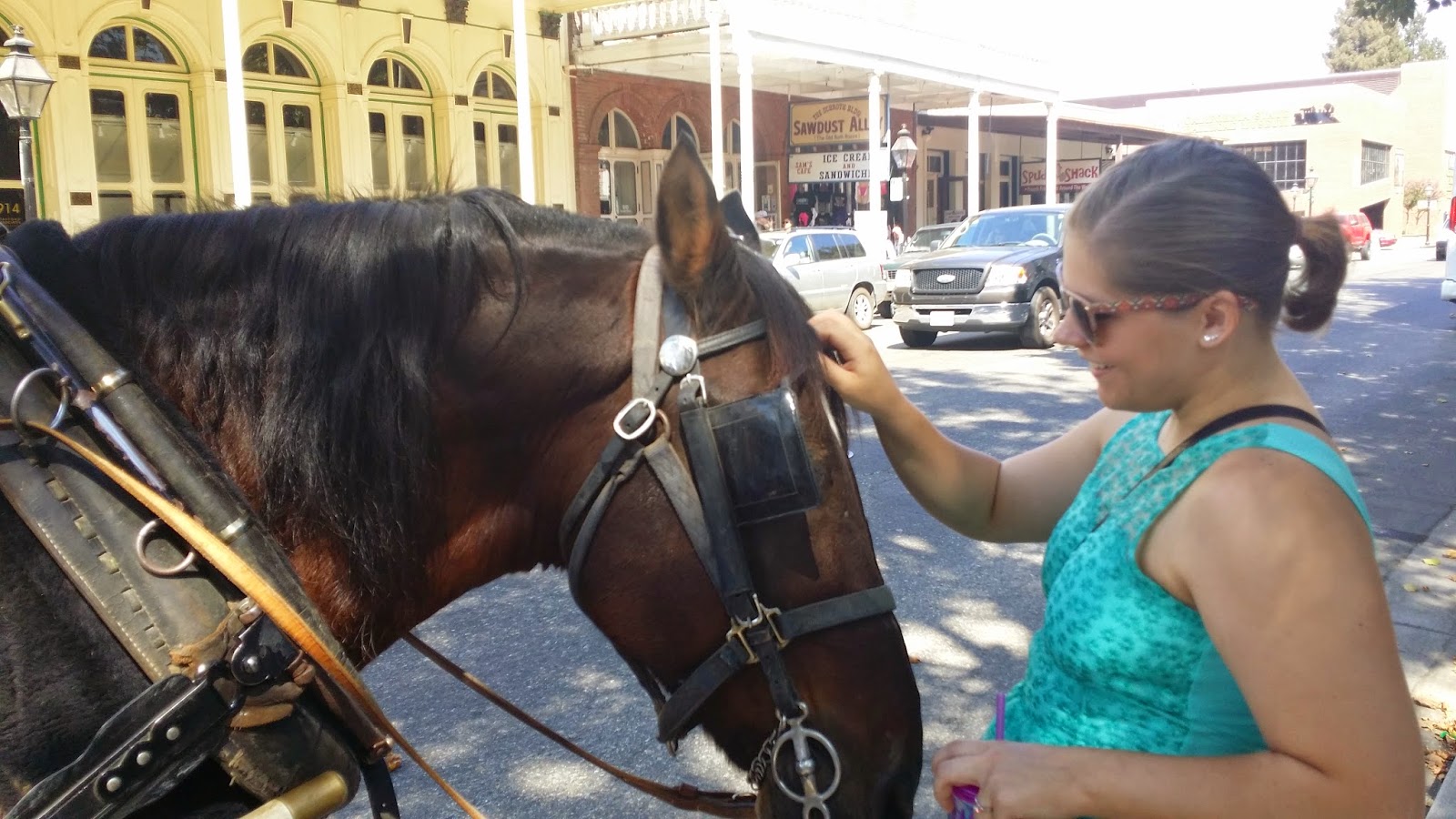 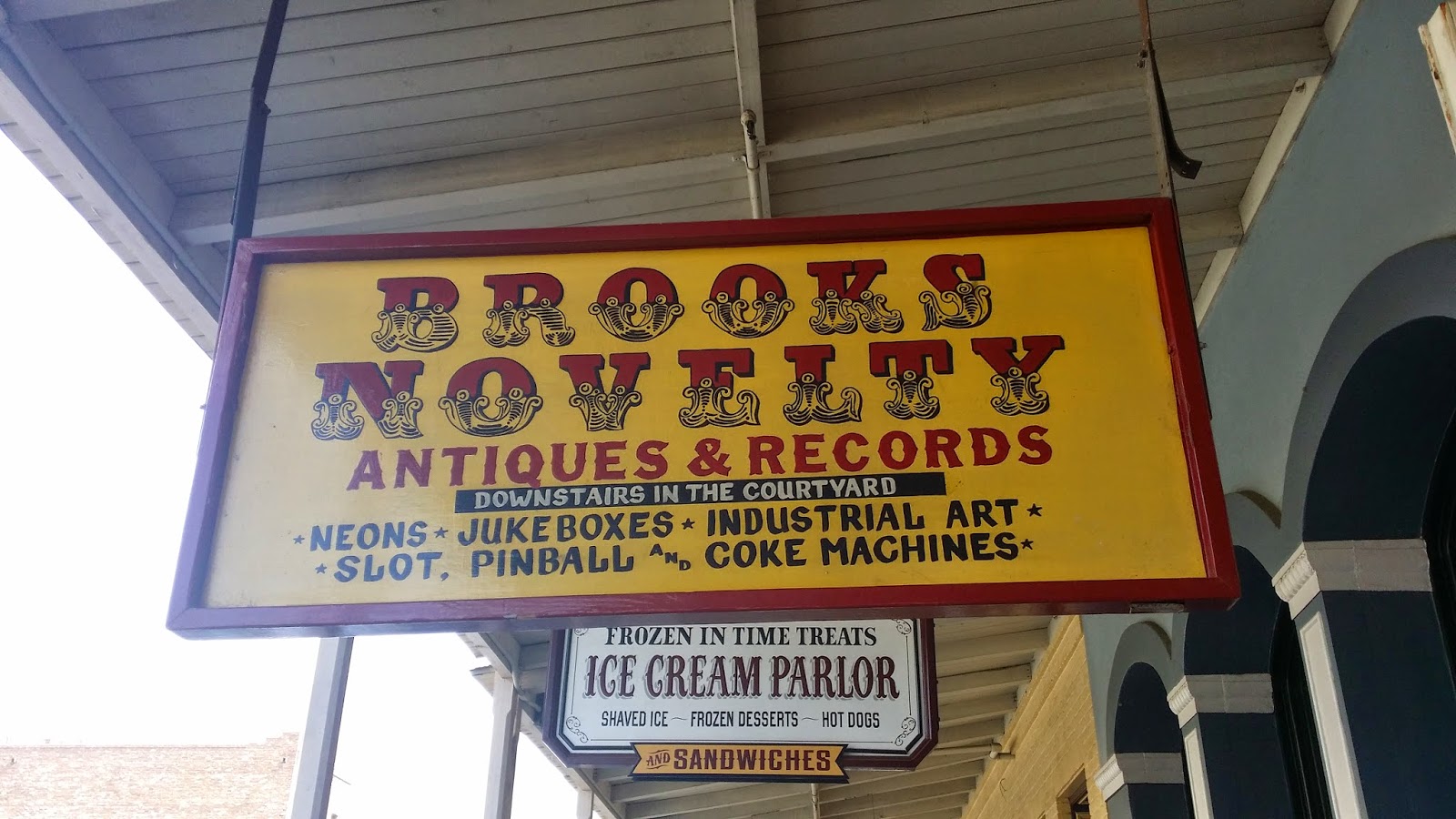 I guess I own a novelty store? Honestly the store was really disappointing, but if they ever go out of business I'm going to need that sign! 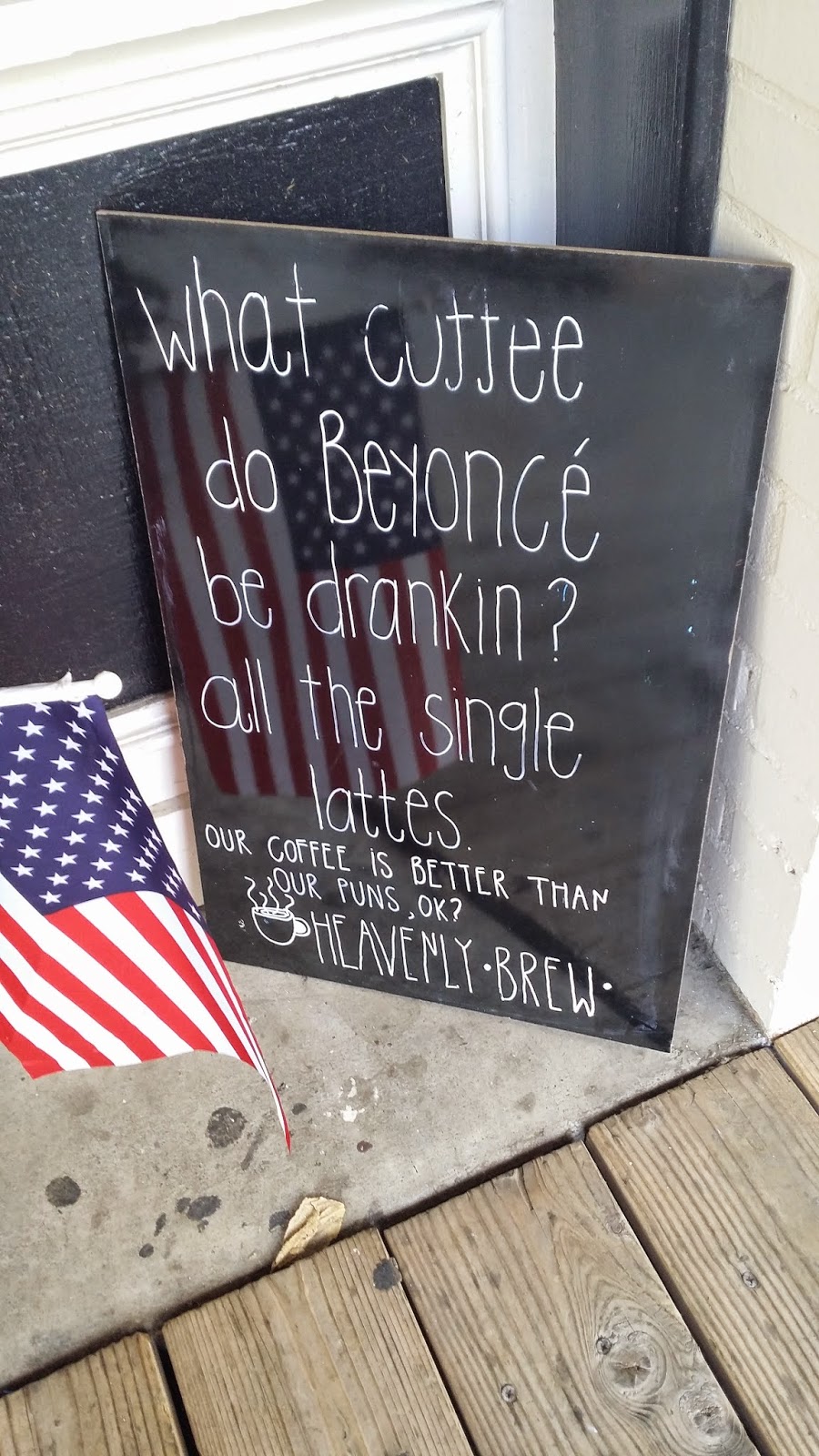 Ridiculous? Yes. Did we choke on our mini doughnuts because we were laughing? Also yes. 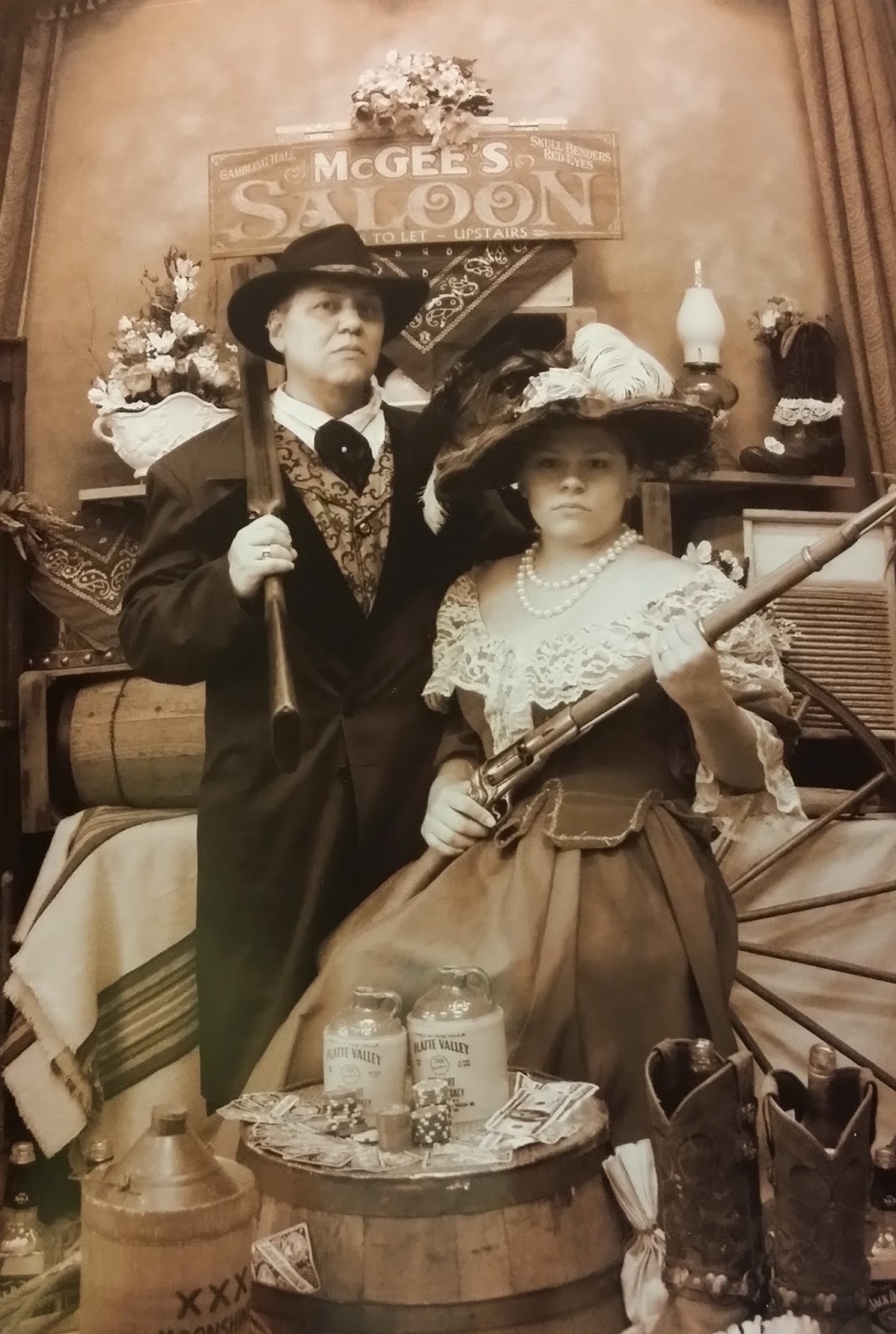 Patrick told me that he has spent his entire life avoiding things like these, but for me he would take an Old Time picture. I think it's awesome! It needs to go on all of your walls in a nice frame. No worries, I'll definitely post one in our guest bathroom so you can look at it while you poo when you visit us. Next time we're in Disneyland I'm going to make him do caricatures with me :P