Goodbye Hercules: An Update on My Car

So I've mentioned before that the time has come for me to retire Hercules as my main vehicle. Patrick and I have discussed different methods of "getting rid" of it, and none seemed super satisfactory to me because they would mean either giving the car away to some dealership which would likely scrap it and sell it for parts, or I would be handing it off to some stranger who may not croon at it when it does something good.

Anyways, a situation has come up and it turns out that Patrick's daughter, Jackie, is in need of a car. Without hesitation, I offered for her to have Hercules. She definitely needs a vehicle more than I do (since Patrick and I share a car most of the time) and the car has quite a while to go before it has to actually retire. A 15 year old car with only 87k miles on it? Anyone in their right mind would take that for free, even if it does need a bit of work.

As I've talked out in the past, Hercules has a starting issue, which we've hopefully fixed half of simply by disabling the after-market remote starter, which we believed to be draining the battery (big shout out to Jeremy who is still the best mechanic I've ever had and can talk me through fixing a car from across the country). After that, hopefully it's not a seriously expensive repair. Even if it costs a bit to fix, the repairs would be significantly less than trying to purchase a new car (probably from a sketchy person on Craigslist) would be.

I'm really happy about letting the car go to someone who I know needs it. Patrick and I replaced the battery and we drove it to Jackie yesterday (Saturday) so that she can take it in and have any necessary repairs done as soon as possible.

Of course, this is incredibly emotional for me. Yesterday as I drove it across the San Mateo Bridge, I went through all of the great memories that I had simply due to my car and having a source of reliable transportation. I definitely got a little bit choked up about it-- but then Hercules and I had a great jam session as a goodbye. I'm so happy that I'm able to help Jackie out and that the car isn't going to a scrap yard. This is truly the best case scenario!

To anyone who has personally driven my car, beaten me with a book to kill a bug while I was trying to drive the car, sat in my car for a long talk, worked on my car, had to climb in the back seat because you got the short straw in the race for shotgun, or simply went for a drive with me, I hope you'll take a minute to appreciate that none of that could have happened without my car or my fantastic parents who bought it for me. It was a great five year run! 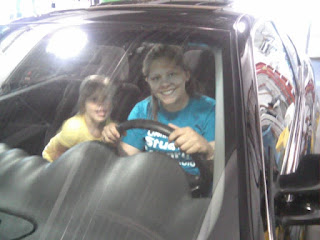 Hercules was my (surprise) early graduation gift from my parents. 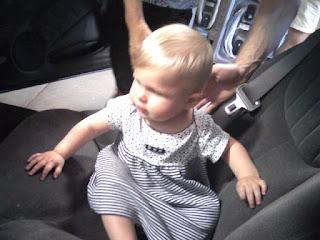 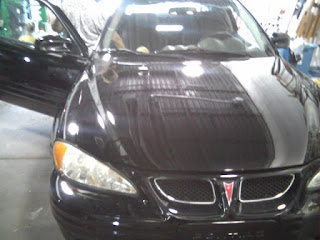 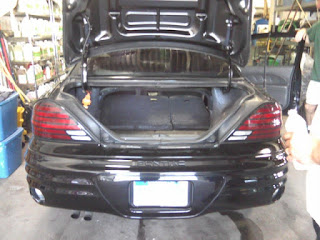